Traditionally, Venture Capital has been driven by the firm.

The fundamental idea was based on VC Partnerships, with the sum of all partners and investments professionals adding up to more than the individuals themselves. The traditional VC firm with multiple partners has the ability to come across more investment opportunities and be able to better diligence those opportunities. The firm model was seen as lower risk, with more checks and balances in place before cutting a big check.

With the pace of startups right now, though, the firm model is sometimes being left behind. Startups are being built and scale faster than ever. Companies like Deel are reaching unicorn status, scaling from $1m in ARR to $100m, in less than 2 years. Information and deals flow more efficiently, and referrals and trust building happens online and, to a certain degree, in much shorter cycles. VC firms see many more deals, but often they can’t move fast enough. 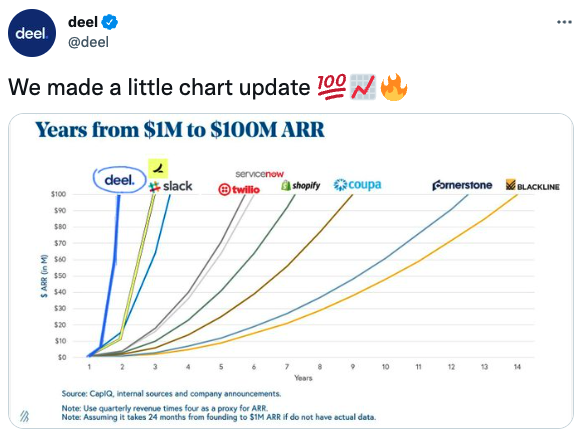 Funding for startups has also changed, especially at the earliest stages. Good ideas and founders get funded faster than ever, sometimes in days instead of months. Many startups are continuously fundraising. The lines between early stage investment stages (Pre-Seed, Seed) blur together into a series of continued SAFE investment. VC investments builds momentum alongside the company’s business momentum. The notion of waiting for a “formal” big party round is replaced for many founders with several funding chunks providing them with the liquidity they need to continue to scale their businesses.

With the profound changes in startup building velocity and funding ecosystem, it shouldn’t be a surprise that new types of VCs are disrupting the traditional model. The firm model, with its bureaucracy, can’t always keep pace with startup growth. The Solo Capitalists is one model that emerged.

New models are often considered reckless by the old VC guard. But, Solo Capitalists are outperforming many of the traditional funds.

So why does the Solo Capitalist model seem to work so well?

Ultimately, it comes down to the customer.

Entrepreneurs are the customers for VCs (I tend to think about LPs more as partners on the journey). Do founders need VC partnerships? Often they don’t. What founders crave is a single decision maker they can build a trusted relationship with. A partner for the journey who can be hands-on when necessary and understands the business and its evolution.

Founders want a single decision maker who can move as quickly as their business needs (no more “let’s talk again after our next Monday morning meeting”), is unhindered by firm politics or status (no “unfortunately the Senior Partner decided that your business is not one we can continue to support”), and can make informed decisions with full understanding of the business (Why would another partner in the firm investing in Enterprise Software weigh-in on a Consumer investment?).

Further, Solo Capitalists benefit from freeing up the most valuable asset VCs have: time. Without significant operational and partnership overhead, the Solo Capitalist’s time is dedicated to making investments decisions quickly. Solo Capitalists win through speed, empathy, and expertise. Many are current or previous operators, giving them empathy for founders’ journeys. Some bring unique expertise to the table, too.

Naturally, there are potential pit-falls to Solo Capitalists. A single person can’t be an expert in more than a few areas, and having a team of smart folks around the table to weigh-in can help investors avoid missing obvious (and less obvious) hard questions that should get asked ahead of investing. Solo Capitalists often mitigate some of those concerns by seeking help from advisors and experts.

Established institutional LPs are aware of this trend and are increasingly backing Solo Capitalists. University endowments and other institutional investors have funded several top managers. In doing so, these LPs seem to have made peace with the risk of having a solo GP. A side benefit for LPs is that Solo Capitalists are typically more efficient and may generate higher returns due to lower management fees.

Increasingly so, the Solo Capitalist model is a win-win-win to all sides of the Startup funding table — Founders, General Partners, and Limited Partners.

This site uses Akismet to reduce spam. Learn how your comment data is processed.

Previously I was Chief Business Officer at Life360 and a Venture Capitalist at Morgenthaler Ventures .
Follow @Itamar_Novick
Linkedin Profile
Tweets by @Itamar_Novick